Mr. Baker has participated in numerous national bankruptcies. He has also served as in-house counsel for Summa Corporation in Las Vegas, Nevada. Mr. Baker has acted as attorney in charge for debtors and lenders, has represented trustees, creditors committees and retiree committees, and been actively involved in successful reorganizations around the country.

Mr. Baker is a member of the American Bankruptcy Institute and has been rated a Texas Super Lawyer in 2007 and 2014 through 2018. He has been a contributing writer for the yearly edition of the Bankruptcy Law Update published by Aspen Law since 1998. He is admitted to practice before the U.S. Court of Appeals, Fifth Circuit; U.S. District Courts for the Northern and Southern Districts of Texas in 1984.

Mr. Baker was previously a partner in the law firm of Broocks, Baker & Lange, LLP in Houston. Before working with Broocks, Baker & Lange, he was an associate at Andrews & Kurth, LLP. He received his B.S. degree from Louisiana State University and his J.D. from Southern Methodist University. He was an editor of the Southwestern Law Journal in 1978-1979. He was born in Shreveport, Louisiana, on March 4, 1954; admitted to the Bar in 1979 in Texas.

In addition to receiving his B.S. degree from Louisiana State University, Mr. Baker has spent numerous years in the state. During this time he enjoyed taking his daughter, Kylie Baker, to local Mardi Gras celebrations. Now back in Texas Kylie revisits the celebration, this time in Galveston, to find the real meaning behind the celebration. Please check out her video here https://www.youtube.com/watch?v=fP-seYgK9Lg 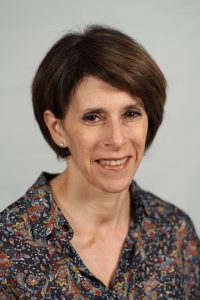 Sonya Kapp is an associate with the firm of Baker & Associates in Houston, Texas. Ms. Kapp specializes in consumer bankruptcy cases and has been active in this area of law since 1997.
A 1987 graduate of the University of Texas with a Bachelor of Arts degree in Psychology and a 1990 graduate of the University of Houston Law Center, she was admitted to the State Bar of Texas in 1990. Ms. Kapp is also admitted to practice before the U.S. District Courts for the Southern (2004) and Northern Districts of Texas (1997).

Prior to practicing law at Baker & Associates, she was an attorney for David G. Peake, Chapter 13 Trustee in the Southern District of Texas. Before working for the Trustee, Ms. Kapp was the managing attorney for the Houston and Wichita Falls locations of Swindell & Associates.

When not working, she enjoys cooking, reading and working out. She is an avid sports fan (both professional and collegiate), following the local sports teams very closely, as well as her sons’ baseball teams. 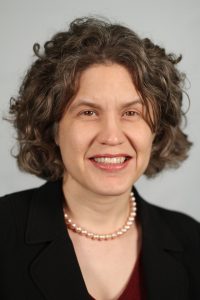 Ms. López-Pagán has worked in the area of immigration law with Manuel Solís Law Firm in Houston, Texas. In Puerto Rico she was an associate in the firm of E. Umpierre Suarez, C.S.P. and the firm of Muñoz Boneta Benítez Peral & Brugueras. She has also worked in the area of family law with the Compensated Practice Program of Puerto Rico Legal Services, Inc., a non-profit organization which recognized her as Distinguished Attorney in 2014 and 2016.