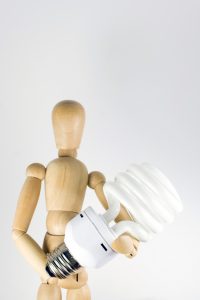 While the energy company bankruptcy onslaught has slowed dramatically, some upstream companies are still struggling to fund ongoing operations. This week, the Houston-based upstream oil and gas company, Cobalt International Energy Inc., filed for Chapter 11 bankruptcy protection in the U.S. Bankruptcy Court for the Southern District of Texas. Cobalt International Energy Inc. is an exploration and production company that operates in the deep-water U.S. Gulf of Mexico and offshore Angola and Gabon in West Africa.

Cobalt Energy’s CFO stated in the company’s voluntary petition for non-individuals filing for bankruptcy that the company’s failed prepetition sale of its Angola assets, low commodity prices for oil, and general market uncertainty as the cause of the Texas bankruptcy. The petition for bankruptcy protection includes several affiliates of the company and listed a total number of creditors between 100 and 200. The petition also outlined that the company has both liability and assets between $1 billion and $10 billion.

Cobalt Internal Energy claims to have enough capital to fund its business operations during its Chapter 11 bankruptcy process. The bankruptcy will buy the company additional time it needs to continue the discussions with its lien and note holders and to evaluate other “value-maximizing opportunities to facilitate an expedited restarting that will deliver maximum value to its stakeholders.” The company also announced that it will continue to attempt to sell certain assets in an effort to raise additional capital.

Cobalt’s executive management feels confident that the up shore company will be able to successfully emerge from Chapter 11 bankruptcy. The company has already reduced its debt load by nearly $340 million over the prior six months. Furthermore, they were able to increase stock share prices through a reverse split, which was enacted to the threat of delisting after its market capitalization dipped below $50 million in October of 2017.