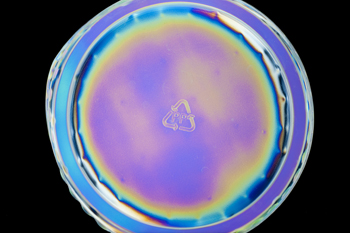 The privately held, US based manufacturer of polyester resins, synthetic resins, plastics materials, and non-vulcanized elastomers, M&G Polymers USA, filed for Chapter 11 bankruptcy this week, listing between $100 million and $500 million in liabilities, 200-999 creditors, and $500 million to $1 billion in assets. The company is owned by M&G Chemicals Group, which is a subsidiary of Italy-based petrochemical mammoth Mossi Ghisolfi Group, which also filed for bankruptcy recently.  M&G Polymers USA filed U.S. bankruptcy in the District of Delaware.

The Chapter 11 filing is an effort to eliminate the financial woes of its parent company who, last month, was cut off from raw materials due to $50 million in unpaid invoices. M&G has also had a hard time paying it’s contractors who are currently building a new PTA/PET manufacturing facility in Corpus Christi, Texas. The contractors involved in the massive plant construction have already filed nearly $100 million in liens against the plastic resin plant. Flour Enterprises, a contractor for that construction, cited that it laid off 274 works who were taking part in the construction. Additionally the company owes three other companies nearly $87.2 million in unsecured claims.

Chapter 11 bankruptcy in the US is reserved for companies and businesses seeking to engage in a dialog with their creditors and to create a plan of reorganization while the company remains operating. While many companies remain in business, layoffs and plant closings are often necessary to shed debt and operating expenses in an effort to return to profitable business. In September of 2017, one of the largest M&G plants, the Apple Grove plant in West Virginia, announced that it would be ceasing production activities as a result of failure to obtain additional funding and liquidity. One thing is evident, and that is that M&G Polymers, along with its many divisions and subsidiaries is facing financial difficulties and utilizing the Chapter 11 bankruptcy proceedings as a way to work closely with its lenders to address the situation and hopefully save the company.