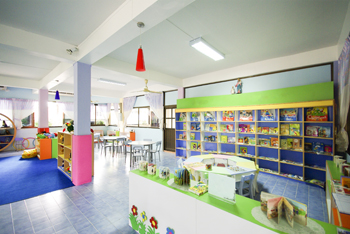 As retail companies across the US continue to be financially battered by a paradigm shift in consumer shopping habits, Toys R Us is seeking $400 million in new financing in order to cover its 2018 debt maturities. The move to raise the funding could be structured in a way to finance a Toys R Us Chapter 11 bankruptcy in the near future.

Toys R Us’ earnings have be in decline in 2017 with a reported drop of 4.1% in same-store sales in the first quarter of this year. Causing additional financial pressure, the company is facing two separate, upcoming debt maturities: one for $440 million in 2018 and another $2.6 billion in 2019, both of which are not accounted for in the company’s earnings projections. In order to map out a financial restructuring, the company has hired new legal representation, in an effort to seek guidance in restructuring their debt. This is a fairly common occurrence and a spokesperson for Toys R Us was quoted as saying, “As we previously discussed on our first quarter earnings call, Toys R Us is evaluating a range of alternatives to address our 2018 debt maturities, which may include the possibility of obtaining additional financing.”

The financial problems that the beloved toy store is experiencing are most likely due to the competition of budget retailers and e-commerce companies selling their toys at larger discounts than Toys R Us is willing to match. The current discussions may involve filing for bankruptcy as Toys R Us restructures its debts. If the company is able to obtain the new round of funding, it could be structured in a manner that resembles debtor-in-possession financing which are high priority loans used to finance a Chapter 11 bankruptcy. While this doesn’t necessarily mean that Toys R Us will file bankruptcy, it is certainly a situation that should be monitored.