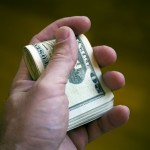 When debt becomes unmanageable, many debtors file for bankruptcy. While this is often seen as a desperate last resort, filing for bankruptcy can be a very wise financial decision, and in truth does not deserve the stigma that has become attached to it. In addition, there are two forms of bankruptcy – only one of which is commonly associated with bankruptcy.

Chapter 7 bankruptcy, also referred to as “straight bankruptcy,” is what most people think of when the term is mentioned. Debtors are unable to pay their creditors, and so all of their nonessential possessions are seized by the courts and used to pay back the creditors. The other form of bankruptcy, Chapter 13, is sometimes called debt consolidation. In this situation, the bankruptcy courts consolidate all of the filer’s debts and arrange a repayment plan with the debtor and his or her creditors.

Chapter 13 consolidation is popular because it allows the debtor to keep all of his or her personal possessions as long as the individual sets up and faithfully pays their debts within the parameters set by the agreed upon repayment plan. Oftentimes, creditors will agree to settle the debt for a lower amount than the original cost in return for receiving at least some of their money in a reasonable time frame.

Any person struggling with debt and unable to pay back their creditors on time might consider asking a Katy bankruptcy attorney about filing for Chapter 13 bankruptcy. This may be what the debtor needs to get back onto his or her feet and still pay back creditors what is owed to them.