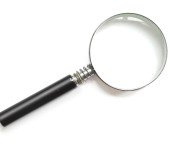 When a person files for bankruptcy and the court discharges all debts, all future credit reports should reflect that change. Any debts that existed should be erased from the credit report so the former debtor essentially gets a blank slate. The only record of the debts that should be reflected in a credit report is the fact that Bryan bankruptcy did occur. However, many banks and credit institutions have been accused of leaving debts on credit reports even after they have been discharged. This enables the bank or credit card company to hold leverage over the victim.

This is illegal, and undermines the entire purpose of bankruptcy court. If a debt is discharged, the debtor does not have to pay it. However, by leaving the debt marked as “unpaid” on credit card reports, the bank or credit company coerces the debtor into giving them the money anyway. One method some financial institutions are taking to absolve themselves of guilt is to say that they sold the debt to a third party, and therefore had no duty to change the credit report. However, because the debtor has no way of contacting that third party, and because the bank was the original lender, judges have decided that this is not an acceptable excuse.

By not changing the credit report to reflect the discharge of debts, a financial institution is essentially preventing former debtors from obtaining new credit from other lenders. The potential lenders trust the credit report, and will read the “unpaid debt” portion as a sign that the borrower is not trustworthy or financially capable. If bankruptcy is to work as the tool it was intended to be, then these practices must be stopped.