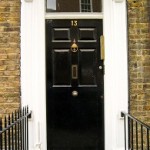 Student loan debt has been in the news recently for several reasons. First, when the national student loan debt surpassed $1 trillion, the country stood aghast at how ridiculous the cost of education had become. When President Obama announced his support of student loan reform and the student loan forgiveness program, the country was divided along partisan lines. Some believed that the reform was a much needed push, while others were against the government going deeper into debt in an attempt to lessen student loan obligations.

More recently, an article in the Houston Business Journal noted that a high number of young people looking to move to Houston may be unable to afford the costs of living. The article explains that the average home-seeker with student debt will need to earn $7,000 more a year in order to live in Houston than a potential homeowner without student loans. This is not surprising when one thinks about the average student loan debt of this year’s graduates (almost $30,000 dollars for roughly 70% of students).

Students struggling with debt need to find ways to work with their creditors to set up a long-term payment plan. Whether the loan was federal, private, or from the student’s university, most establishments are willing to work with the student to get the money owed to them. Recent graduates should be especially careful not to default on their loans, as this would enable loan collectors to take legal action and lower the student’s credit score. If a student finds themselves completely unable to pay off his or her debt, then talking with a Texas bankruptcy attorney might be a wise decision.