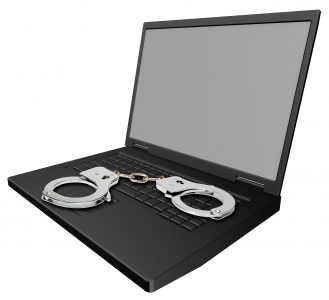 Peter Pinto, the Chief Executive Officer of the debt collection agency, Oxford Collection Agency, received a 48 month prison sentence in New York this week for his role in a $12 million dollar fraud case. Pinto was sentenced after pleading guilty to the fraud and money laundering charges last year following his supervised release.

In this scheme, Oxford Collection Agency collected debts from consumers but never turned them over to the clients who included companies such as Dell Financial Services and Washington Mutual Inc.. Pinto also falsified financial statements to increase the company’s credit line and laundered money from the credit line in order to defraud Oxford’s debt-collection clients. Pinto isn’t the only one in hot water with the authorities: five other Oxford executives admitted to taking bribes and kickbacks in order to retain business with some of their backing clients. One of the bank executives was also charged.

Apparently, this type of behavior is part of the family business, as Peter Pinto’s father Richard Pinto was sentenced to five years in prison back in 2013, but died before he served any time. In the appellate court filings, Peter Pinto claimed that he was coerced into the fraudulent behavior by his father. Among those other executives charged with wrong doing was Peter Pinto’s brother, Patrick Pinto, was Oxford Collection Agency’s Vice President.

While Mr. Pinto cooperated fully with authorities and took responsibilities for his white collar crimes, Judge Stephan R. Underhill still imposed the stiff sentence due to the serious nature of the crimes which included one count of conspiracy to commit wire fraud, bank fraud, money laundering, and one count of wire fraud. It is estimated that Oxford’s clients lost more than $10 million as a result of the scheme.

This news arrives on the heels of another breaking news story this week of debt collection fraud that victimized credit unions in California, Nevada, and Washington.

If you are faced with debt collections or debt relief troubles, always consult your Houston bankruptcy lawyer. They can help you spot a scam and stay safe when seeking debt relief.