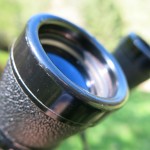 Debt relief scams are, unfortunately, becoming more of a problem. With a debt relief company on nearly every corner, consumers simply don’t know the how to spot the differences between a legitimate company and one that is likely to tie them up in a scam. Charges were filed last week against a California company accused of taking hundreds of thousands of dollars from unsuspecting consumers.

DebtPro 123, LLC has been charged by the Federal Trade Commission for deceiving customers and taking money for promised, and not delivered, debt relief services. Charting customers upwards of $10,000 for claims to reduce their debt “by 70 to 80 percent”, DebtPro 123 would take their cut  before customer debts were even resolved. Front loading fees is not an acceptable practice, and a sure sign of a scam. Encouraging customers to stop communicating with their lenders and stop payments, many of DebtPro’s customers found themselves under wage garnishment orders and others lost their homes.

The Federal Trade Commission released a report in hopes of educating consumers as to how to spot these scams and avoid becoming victim. In summary, consumers should avoid any company that:

Rather than seeking help from these types of agencies, the FTC recommends consumers seek help from a certified credit counselor or Houston bankruptcy lawyer to ensure their debt relief services are in good hands.