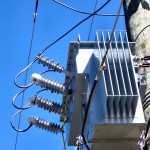 Energy Future Holdings Corp. is the leading electricity operations companies in Texas. After conglomerate found itself in financial turmoil, they decided to file for Chapter 11 reorganization bankruptcy in Texas. Their filing brings with it much discussion as to how the three sub managed companies will play out in the end.

Energy Future Holdings Corp. manages three domination operations in Texas. Luminant is the state’s largest power generator, TXU is the largest retailer of electricity, and Oncor services the electrical lines throughout most of north Texas. These three entities are all going to be key players in the success or failure of EFH’s bankruptcy plans.

It could be seen that one or more of the three entities gets put up for sale in order to bring in income for the satisfaction of EFH debts. If that happens, it is predicted that TXU and Luminant will be the most sought after; then giving senior creditors the chance at share ownership. Oncor is likely to be left as is; leaving much of EFH to continue with majority share ownership. However, neither of these is guaranteed unless the Texas Public Utility Commission approves the deal as being in the benefit of public interest. The PUC does not want to see consumers have to pay for the mistakes of an energy giant.