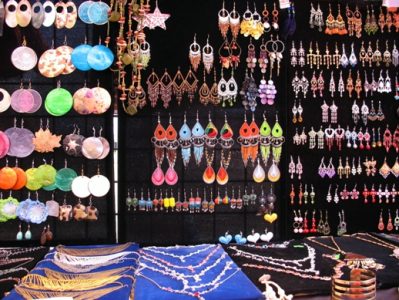 Houston Based Charming Charlie field for Chapter 11 bankruptcy protection this week, as yet another retailer is forced to restructure its debt in order to remain solvent. Charming Carlie’s is a women’s jewelry and accessory retailer founded in 2004 by Houston entrepreneur Charlie Chanaratsopon. The company has operated over 350 global retail locations across North America and the Middle East, including its massive 16,000 square foot flagship store in New York City. As the company begins the process of negotiating with lenders and shareholders, it’s safe to expect some store closures as the company overhaul’s its capital structure and works to reduce debt.

In bankruptcy papers filed with the U.S. Bankruptcy Court in the District of Delaware, the retailer claims it has $100 million to $500 million in both assets and liabilities. Charming Charlie’s also announced that it had already secured $20 million in debt-in-possession financing and a $35 million secured interest loan with lenders. The company hopes that this much-needed funding will help pay its debt obligations during the bankruptcy process. In a statement from Charming Charlie, the interim CEO Lana Krauter mentioned that “Our goal is to move through this process quickly and emerge as a stronger, more focused organization that is better positioned to succeed in the rapidly changing retail environment.”

While it’s unlikely that it will close any stores before the end of the holiday shopping season, the company’s interim CEO has mentioned that they will be making changes to its operations and management and reducing its physical footprint of stores.

A noticeably large amount of retailers have filed bankruptcy in the past 24 months, signaling a significant, on-going trend. The lesson to retailers should be a stern one: there has been a paradigm shift in the way individuals shop in America from shopping malls to online or through discounter retailers. If you are going to remain solvent the old ways of leveraging huge amounts of debt could amplify risks and usher in financial trouble.