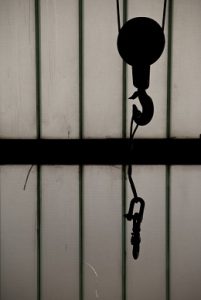 On December 7th, 2017, the Chattanooga, Tennessee based architectural and structural metal Manufacturing Company named Lectrus Corporation filed a voluntary petition for Chapter 11 bankruptcy protection with the U.S, Bankruptcy Court in the Eastern District of Tennessee. This move normally wouldn’t be newsworthy in Houston Bankruptcy news, however, this particular company has a manufacturing plant located in Houston that will be shut down. As a result, the company will be laying off all 64 Houston-based employees. The Lectrus Corporation’s plant in Houston creates metal enclosures and electrical and mechanic integration.

The Worker Adjustment and Retraining Notification Action is a labor law that protects employees and requires that employers with more than 100 employees provide at least 60 days advance notification of store or plant closing and/or mass layoffs. Lectrus filed their WARN letter with the Texas Workforce Commission on the same day that it filed for Chapter 11 bankruptcy protection, which will give employees until the second week of February to find a new job. The letter further stated that financial difficulties were the leading cause of the plant closure.

The Lectrus bankruptcy petition stated that the company holds assets and liabilities in the $10 million to $50 million range. Not much more is known about the Chapter 11 bankruptcy at this time, other than the company expects to continue to operate its Chattanooga Tennessee manufacturing facility while it attempts to restructure its debt load in order to emerge as a more financially sound company.

There isn’t a set limit for how long a Chapter 11 bankruptcy case will take, however, the company will have four months to propose a plan of restructuring to the U.S. Bankruptcy Court. The court will usually approve restructuring plans if they are fair and equitable to the creditors, are feasible, and are conducting in good faith. If not, the bankruptcy judge will require the company to go back to the drawing board to propose a new plan.