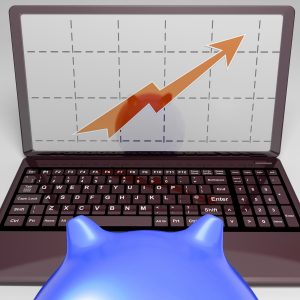 Bankruptcies were reported to be up in both central Texas, as well as, state wide this month. While the numbers weren’t necessarily trend worthy, the increase in bankruptcy filings in Texas did spark attention. Among the most common reasons cited for filing for bankruptcy were medical debt and losses tied to oil and gas investments.

This comes as a surprise to few people in Texas, as the state has been battered by the turmoil that has surrounded the energy sector over the previous 24 months. And while we knew that the oil and gas industry was going through a tough time, the private investors in the companies are the silent victims of the massive increase in Chapter 11 bankruptcies that more than doubled in 2016. 65% of the nation’s largest Chapter 11 bankruptcies were, in fact, filed by giant oil and gas, mining, and energy companies including SunEdison, Peabody Energy, Linn Energy, Arch Coal, and Breitburn Energy Partners.

While the worst is behind the industry as a whole, many investors saw their investments substantially decline. The oil and gas jobs are beginning to return according the Texas Alliance of Energy, but the profits have been even slower to come back. There will most likely be a Chapter 13 and Chapter 7 increase following the events that surrounded the energy sector into 2018, but the solace here is that the industry is bouncing back and so too will the investors. In fact, according to surveys, the majority of Texans believe that oil prices will recover sometime in 2018.

If you are experiencing adverse financial conditions caused by failed investments in the energy sector, you should consult the help of a local bankruptcy attorney to find out if declaring Texas bankruptcy will allow you relief from the debt you are currently experiencing.