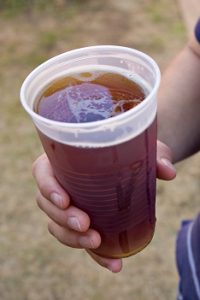 San Antonio, Texas will have one less eatery and watering hole this week as The Brass Tap closes its doors. Graystone Group Inc. that operates the restaurant and bar, file for Chapter 7 bankruptcy protection with the U.S. Bankruptcy Court. After more than four years of business, the company has closed its operations as of the second week of January and shut down all social media accounts. A different chain location with a separate operating structure apparently operates out of Tampa, Florida.

Typically a company files Chapter 11 bankruptcy in order to remain in business and reorganize its debt, often using the bankruptcy protection to negotiate with creditors. Chapter 7 bankruptcy, however, can be used for business if the owner wishes to close up shop and liquidate any remaining assets. This method is typically preferred as an alternative to the owner selling the assets, as the liquidation usually faster and more orderly. Additionally, Chapter 7 bankruptcy can eliminate most or all debts for which the owner is personally liable. Even though owners are typically shielded from business debts, they may be responsible for them if they are cosigned or personally guaranteed.

In Texas bankruptcy documents, the Graystone Group claimed just slightly more than $123,000 in assets with more than $725,000 in liabilities. The majority of its debt, around $591,000, is owed to just one secured creditor named Texas Champion Bank. Many south-Texans will reportedly miss the establishment at its 50+ beers on tap, as well as, its “Brew Crew” membership club. Despite doing more than $1 million in revenue in 2016, the company’s business dropped to half of that in 2017, making it impossible for the small business to stay afloat and manage its short-term debt.