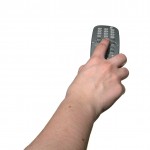 Being a celebrity isn’t all it’s cracked up to be. Between the lack of privacy and paparazzi, celebrities often find themselves front and center of the mouths of critics. Facing serious legal charges will most certainly shine a not so positive light on you, and you will be the talk of the town in a  manner you never desired. While it no one likes to see the misfortunes of others, this particular celebrity case could be valuable to show people exactly what not to do when it comes to finance and filing for bankruptcy.

Teresa and Joe Giudice of “Real Housewives if New Jersey” plead guilty to several counts of fraud charges this week. Accused of committing five or more counts of various types of fraud, including bankruptcy fraud, the Giudice’s could face several years behind bars for their actions. Having filed for bankruptcy in 2009, the couple voluntarily withdrew their case in 2011 and have since been taking lavish vacations and living well beyond their previously reported means.

While rumors speculate that the couple could receive special treatment at their sentencing hearing the judge could also very well make a lesson out of their situation. In short, financial misconduct and defrauding the bankruptcy system are serious crimes that could lead to steep consequences.