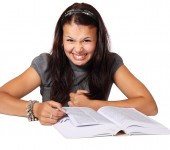 They say that everybody has an opinion, and it is usually a negative one, especially when it comes to bankruptcy. To many, going through bankruptcy is deemed as an avoidable failure. You obviously spend too much or fail to plan properly or just live beyond your means. Why else would you have to declare bankruptcy right? Well, that is certainly not always the case.

Most people who are forced into bankruptcy have tried every option available to them to try and avoid going that route. Why on earth would someone voluntarily expose themselves to the courts and their creditors in that way if it could be avoided? They would not.

There are as many reasons for declaring bankruptcy as there are people who have had to do it. So when someone decides to pass judgment via criticism on you without fully understanding your situation or knowing all the facts it declares to the world their own ignorance and that is their failure, not yours. The old adage still holds true: before you judge a man, walk a mile in his shoes.

If you are the debtor involved in a bankruptcy remember that you are in very good company. Some of history’s most accomplished businessmen were forced into bankruptcy before finally hitting their stride and making their fortune and fame. If you still believe that bankruptcy is a sign of failure then maybe you should reconsider your opinion of a certain Ulysses S. Grant or Mr. Abraham Lincoln…yup…they went bankrupt at one point….so too did Mozart and Mark Twain. If you have not filed for bankruptcy but are considering it to help with your financial situation, then be sure to speak to a quality bankruptcy attorney.