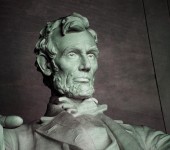 There are many among us today who firmly believe that bankruptcy is the absolute worst thing that can happen to an individual and that they will never recover financially, and that it is the end of life as they know it. Others believe that if you do declare bankruptcy your chances of any future success are minimized. Nothing could be further from the truth.

There have been many famous people in history who have had to declare bankruptcy at some point in life and then successfully turned their fortunes around and actually MADE a fortune! When you think of Walt Disney it conjures up an image of either Mickey and Minnie or a vast entertainment empire encompassing a huge swath of holdings. Yes, Mr. Disney was forced to declare bankruptcy in 1923 after failed business dealings. He quite obviously recovered and did quite well in future ventures.

Another powerful businessman who had some ups and downs was Mr. Model “T” himself, Henry Ford. Again, an initial foray into the car building business left him unable to continue and he went bankrupt. Once again, he persevered and built the Ford Motor company into an empire.

Another industry leader who faltered before striking it rich was Milton Hershey, his original business venture failed miserably, yet he refused to lay down and built himself back up to become a conglomerate worth many billions of dollars.

Not all who ended up bankrupt decided to go back into business, some chose other paths that may not have brought riches and fame but certainly changed the world as we know it. A little known man by the name of Abraham Lincoln was forced to concede that business may not be his strong suit, and decided that maybe politics would suit him better. You might just remember his one big claim to fame….the ending of slavery as an American institution. Yes, you can bounce back, as these stories aptly prove. If you are in a tough financial situation you may want to speak to a qualified bankruptcy attorney.